JPMorgan vs. Goldman Sachs: Why the Market Was Down for 7 Days in a Row

We are witnessing an epic battle between two banking giants, JPMorgan Chase (Paul Volcker) and Goldman Sachs (Geithner/Summers/Rubin). Left strewn on the battleground could be your pension fund and 401K.

The late Libertarian economist, Murray Rothbard, wrote that U.S. politics since 1900, when William Jennings Bryan narrowly lost the presidency, has been a struggle between two competing banking giants, the Morgans and the Rockefellers. The parties would sometimes change hands, but the puppeteers pulling the strings were always one of these two big-money players. No popular third party candidate had a real chance at winning, because the bankers had the exclusive power to create the national money supply and therefore held the winning cards.

In 2000, the Rockefellers and the Morgans joined forces, when JPMorgan and Chase Manhattan merged to become JPMorgan Chase Co. Today the battling banking titans are JPMorgan Chase and Goldman Sachs, an investment bank that gained notoriety for its speculative practices in the 1920s. In 1928, it launched the Goldman Sachs Trading Corp., a closed-end fund similar to a Ponzi scheme. The fund failed in the stock market crash of 1929, marring the firm's reputation for years afterwards. Former Treasury Secretaries Henry Paulson, Robert Rubin, and Larry Summers all came from Goldman, and current Treasury Secretary Timothy Geithner rose through the ranks of government as a Summers/Rubin protégé. One commentator called the U.S. Treasury "Goldman Sachs South."

Goldman's superpower status comes from something more than just access to the money spigots of the banking system. It actually has the ability to manipulate markets. Formerly just an investment bank, in 2008 Goldman magically transformed into a bank holding company. That gave it access to the Federal Reserve's lending window; but at the same time it remained an investment bank, aggressively speculating in the markets. The upshot was that it can now borrow massive amounts of money at virtually 0% interest, and it can use this money not only to speculate for its own account but to bend markets to its will.

But Goldman Sachs has been caught in this blatant market manipulation so often that the JPMorgan faction of the banking empire has finally had enough. The voters too have evidently had enough, as demonstrated in the recent upset in Massachusetts that threw the late Senator Ted Kennedy's Democratic seat to a Republican. That pivotal loss gave Paul Volcker, chairman of President Obama's newly formed Economic Recovery Advisory Board, an opportunity to step up to the plate with some proposals for serious banking reform. Unlike the string of Treasury Secretaries who came to the government through the revolving door of Goldman Sachs, former Federal Reserve Chairman Volcker came up through Chase Manhattan Bank, where he was vice president before joining the Treasury. On January 27, market commentator Bob Chapman wrote in his weekly investment newsletter The International Forecaster:

A split has occurred between the paper forces of Goldman Sachs and JP Morgan Chase. Mr. Volcker represents Morgan interests. Both sides are Illuminists, but the Morgan side is tired of Goldman's greed and arrogance... Not that JP Morgan Chase was blameless, they did their looting and damage to the system as well, but not in the high handed arrogant way the others did. The recall of Volcker is an attempt to reverse the damage as much as possible. That means the influence of Geithner, Summers, Rubin, et al will be put on the back shelf at least for now, as will be the Goldman influence. It will be slowly and subtly phased out... Washington needs a new face on Wall Street, not that of a criminal syndicate.
..................
http://www.huffingtonpost.com/ellen-brown/jpmorgan-vs-goldman-sachs_b_441922.html

Great blog! Do you have any recommendations for aspiring
writers? I'm planning to start my own site soon but I'm a little
lost on everything. Would you propose starting with a free platform like Wordpress or
go for a paid option? There are so many choices
out there that I'm completely confused .. Any suggestions? Many thanks!

Aw, this was a really nice post. Finding the time and actual effort
to create a really good article… but what can I say… I procrastinate
a whole lot and don't manage to get nearly anything done. 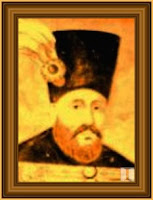